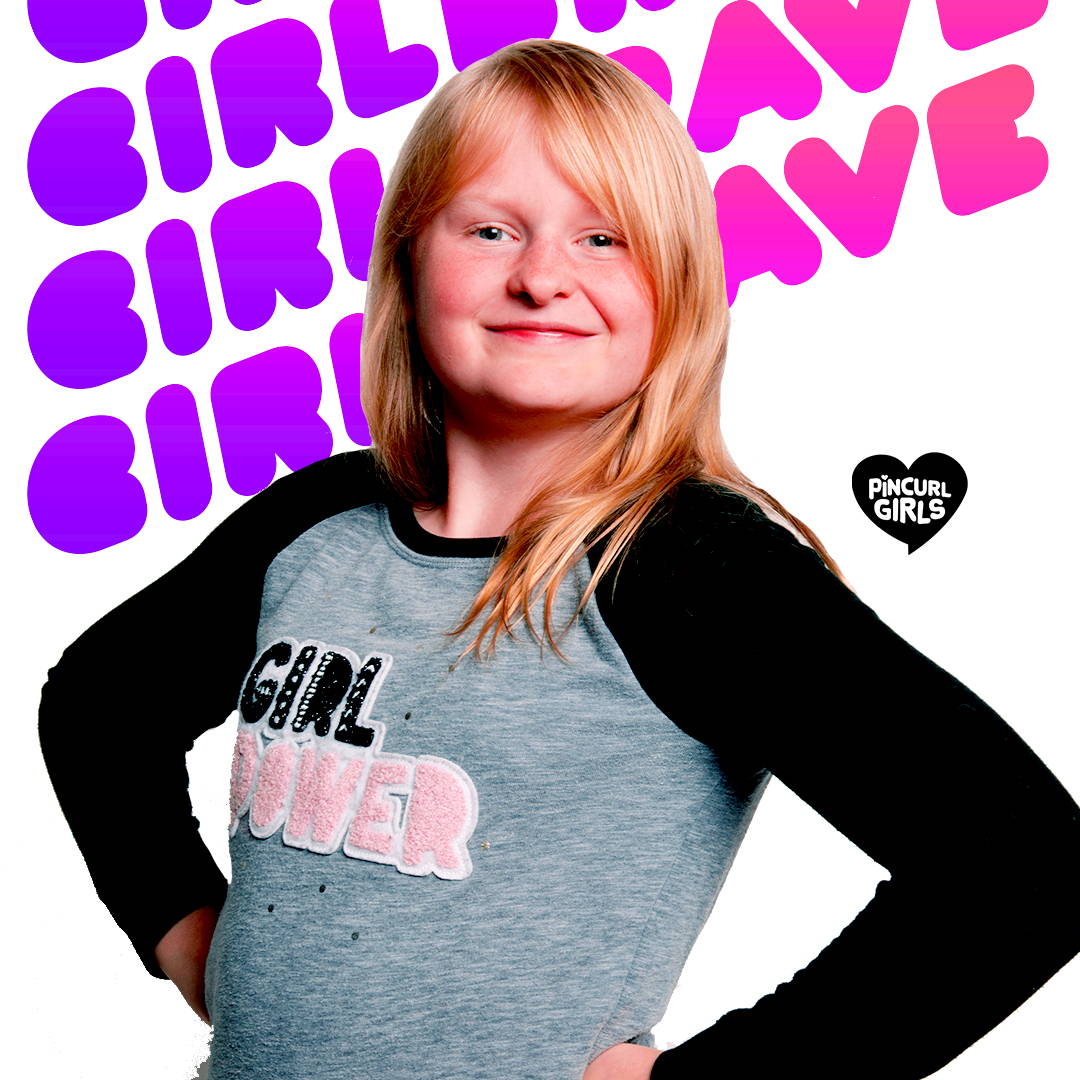 Lily's cochlear implants have her playing the cello and acting in plays.

Transcript from the GIRLBRAVE Podcast. Episode 2.

This episode I am talking with Lily who in the seventh grade Lily was born profoundly deaf yet as a normal seventh grade girl who loves to act, read Harry Potter and play the cello. Let's get to it.

Hi Lily, how are you?

Thank you so much for being on this podcast and I'm so happy to be here talking with you. So tell me a little bit about you. How old are you and what grade are you in?

Well I am 12 years old and I am in the seventh grade.

Probably social studies cause I have a really good teacher who really pushes us to your best and then also does project based learning. So we get really into the things we are learning.All right, cool.

What other extracurricular activities are you in?

Well I am pretty busy. I do choir show choir, cello, girl Scouts, soccer destination imagination, which is a creativity after school program where you do like competitions and you have to make a skit based on the requirements and it's really fun. And then I also do penguin project robotics, student council, and also hearing research.

Nice. Your mom seems like she knows how to get you involved. So tell me a little bit more about Penguin Project.

Well, the Penguin Project, it is a theater program where kids with disabilities and kids without disabilities are paired up together. Mentors and artists and the artists are the main rules. But then the mentors help them because a lot of these kids have never been had the chance to be in a play before. So with the mentors helping them out, they can be in a play without having to worry about their disability. And I'm a mentor in that. In that program.

What's the last play that you did for penguin project?

The last one was Wizard of Oz and this year it is Willy Wonka on the Chocolate Factory.

Cool. So hearing research, what's that about?

Well, I was actually born profoundly deaf and I received cochlear implants at 10 months old and I had over 800 hours of therapy so I could catch up to my other normal hearing peers so I could talk and read and listen.

What is a cochlear implant for those that don't know?

Well, a cochlear implant is a device that you are implanted with when you are deaf. And basically you're going to surgery that has, you get a magnet on your head and a computer that's connected to the magnet. And then they also put electrodes through your cochlea so that the electrodes and stimulate your auditory nerve. So if your hair cells in your cochlear, your cochlea in general don't work, then you can just basically bypass the inner ear to stimulate the auditory nerve.

Oh my gosh, science. That is so cool. So what kind of stuff do you do for the research?

Um, well, I'm actually in a big research study, a groundbreaking research study right now where me and my mom have to travel to Nashville for seven times over the next two years. And what they're trying to do is they're trying to improve people with cochlear implants hearing so they can hear soft sounds and higher pitch sounds more easily. So what they do is they turn off, some of the electrodes in one ear because they're looking at to see if some of the electrodes may interfere with each other or not. And if they do interfere they might turn it off. That way it has a nice clean sound.

How many other kids are in the program?

But I was actually the first, but we know one other kid who's also doing the program, but I was the first child to ever be in the study.

When do you go to Nashville next?

Um, I think in January is your next visit.

800 hours of training and learning how to read and write and talk. Do you have any memories of that? How old were you when that happened?

Well, I was basically from birth to maybe like four or five. I don't really have that many memories, but my mom tells me about how like to teach me how to talk. They just had to make up for lost time by talking to me more. So we got to like introduce me to new language situations to learn about the snow and about the seasons. We might build a snowman inside using snow. You bring inside or like to learn about Halloween and like cooking food. We might make ghosts toast, which you cut a hole in a ghost and then you pour an egg into the ghost-o-fide hole.

Is there anything that people don't know about curricular implants or they don't understand?

Well, sometimes they might not know like that the kids with cochlear implants, they can be normal kids. Like they can be mainstreamed into school and like a lot of times they're basically normal hearing. Like sometimes there are more challenges than other kids, but a lot of times it's just normal hearing kids and like they might not think, Oh, you don't sound deaf. But I am and I've done a lot to overcome that.

Do you have any challenges still today that you're overcoming?

Um, yes. I use a sound system when I'm in school called an FM, which basically takes the teacher's voice and transmits it straight to my cochlear implants. And sometimes when I'm not using that like in the lunch room and it's really loud and echoey, then sometimes it creates some hard situations to be able to hear.How does it connect?All my cochlear implants, there's a battery and then the special battery, you have a boot, a silver boot that you slide on the FM receiver onto the cochlear implants and then the teacher wears the FM, which is the transmitter. So it takes in the voice through the microphones, over the transmitter and sends it directly to the receiver. So it goes straight into my ears.

Wow. Pretty amazing. What advice can you give to other girls your age?

Um, well I would say like even if something gets to be really hard, like just keep persevering. Like if you didn't understand something, if you have hearing problems or if you are just like math or you don't know what to do on a math problem, then just try different situations that you've learned how to use. And like just find a way to get through it.

Yeah, that's great advice. What about another girl or boy that has cochlear implants? What would you say to them for advice that you've learned over the years?

A lot of people will say, never mind if we say what too many times, but don't let that get to you. They might not know. They might not understand. Oh, they can't hear it very well, so I might need to say it a couple more times and sometimes people get annoyed because we S we say what so many times, but that's just because they don't understand why we're saying hello.

Yeah, that's good advice for, I came here, you had cello lessons. How do you like playing cello?

Well, a lot of people say that with hearing loss, you aren't very good at the cello, but I actually really enjoy it and it's nice to be able to hear the music and just have the opportunity to be able to play the cello. Cause without my cochlear implants I wouldn't have the chance to do that.

What books are you reading these days?

Wow. That's a lot of Harry Potter, which is a favorite book?

And why is that?

Because it just has a really good storyline and you get to see all the characters and it's just basically the turning point of this series. Like they're younger and they're like just learning stuff about Wizarding school. But then after, before it really gets real trying to defeat Voldemort and such.

If you had a secret power like they do in Harry Potter, what would you want to have?

Mm. Being able to fly on a broomstick.

Yes.Do you play sports? So you play soccer, don't you?Yes.What other sports do you play?

Um, I don't really play any other sports, but I do Quizbowl.

Well basically you are on a team of usually four people and you have buzzers and then there's a reader who reads questions and they're usually super tough questions and basically you have to buzz in first with your answer. So it's kind of like a slightly more controlled situation of jeopardy.

Where do you play that?

Um, I play it with my school so we have a more Quizbowl team and we go to competitions on certain weekends and then we get to compete. And it's really fun.

If I asked you what's your definition of being brave, how would you answer?

Well, my definition of brave means to be courageous in a tough situation, when trying something you've never done before to like go into a new school or trying a new math problem. It means to just keep persevering. And even when things get tough, never stop trying.

Is there a saying that you save yourself when things get tough and you know you need to keep trying to talk yourself into it?

Usually think well there are girls or people who that are in much worse situations than you, like they may not have clean water to drink or food to eat. So I just told myself, well your problem is a grain of rice, in the problems of the world.

Very smart. Nice. Well. Thank you so much for being on my podcast today, Lily.

What does it mean to be brave? Sometimes brave means scared, anxious, but train anyway. Go brave as a celebration of girls who are brave taking up space in the world and calling me now. Thanks for listening. Join us next time on GIRLBRAVE podcast.

Share your photos of you and your friends doing your most powerful  BRAVE pose & we will publish them! 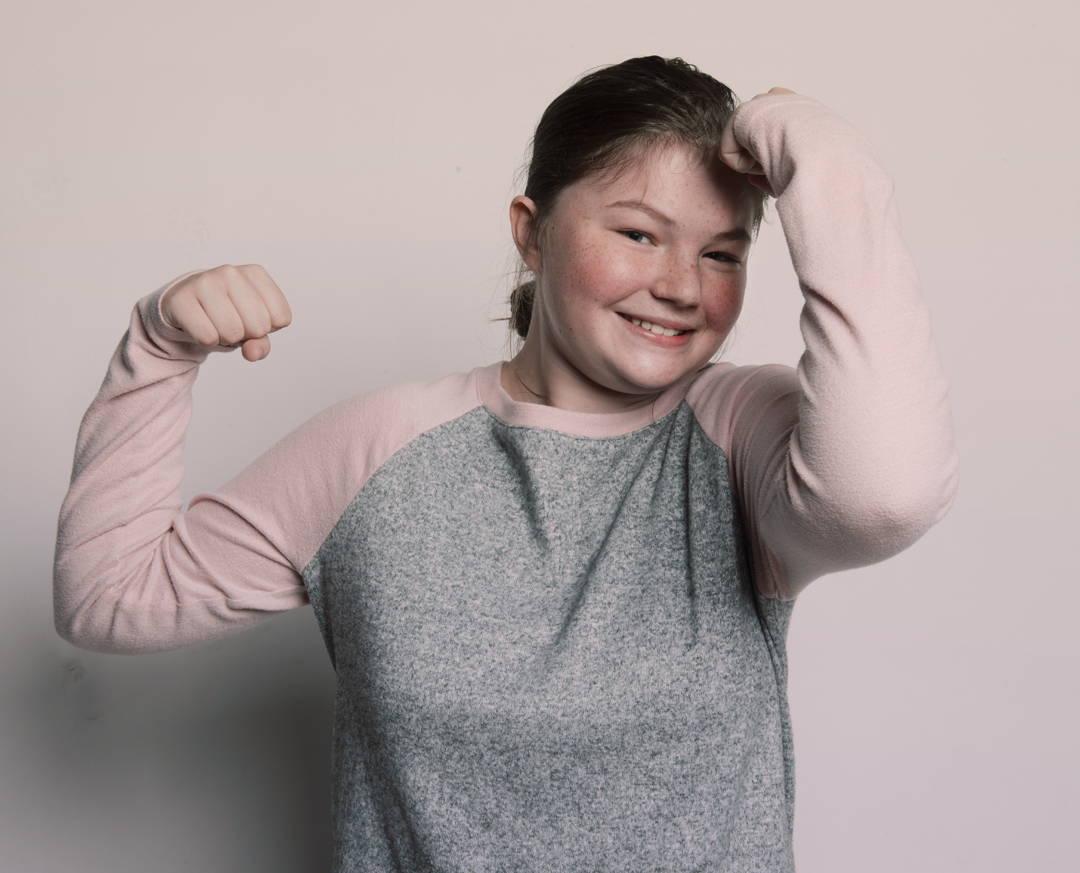 Send your photos to jen@pincurlgirls.com

My Wishlist
You've just added this product to the cart: