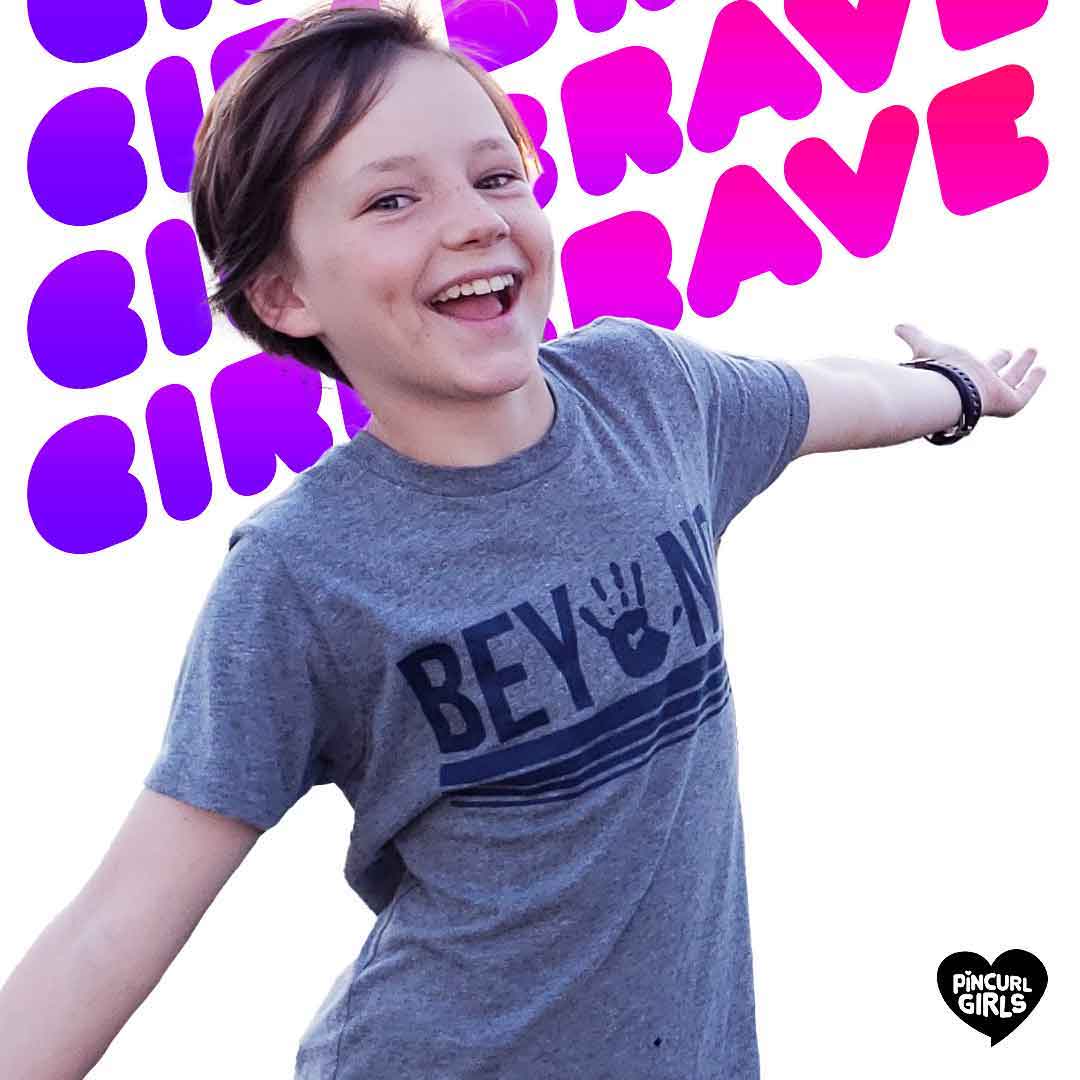 "Brave means, being yourself...you don't give up, don't be shy and make sure that you try your hardest and you're not scared of anything...you're capable and you know that you are capable of everything."

Hi, I'm Jen Landis, founder of Pincurl Girls. And this is the GIRLBRAVE podcast. In this episode, I chatted with Sienna an 11 year old girl who loves sports. She dances, rides horses and plays flag football. Today, she talks about what it's like to play on an all boys team and what she tells herself when she needs to be brave. So let's get to it.

Thank you so much for being here. Sienna. How are you today?

I am doing great.

It's a Saturday and it's nice outside. And it feels like summer again. What have you been doing today?

Well, we were just selling some produce because we have a garden and we have a bunch of tomatoes and everything, but we have nothing to do with them. So, yeah.

Awesome. Well, how old are you and what grade are you in?

I am 11 years old and I'm in fifth grade. Fifth grade.

Well, I know a little bit about you and I was super excited to have you on the show because I think other girls, your age will love to hear about you and your story.

So let's get to it. So if I remember correctly from when we talked earlier, you're a dancer and you play football, is that right?

Well, for ballet, my grandma took me to the movie, Leap, when it came out and I was just inspired by that. And so I've just been doing ballet since that. And then football, I don't necessarily want to do tackle, but I do flag and I just enjoy it because I'm really fast for my gender, I guess I just enjoy playing.

And when did you first start thinking about wanting to play football?

Well, last year my mom and dad introduced it to me and I thought this would be a fun, nice sport to try out. And I did, and I was really good at it. So I decided it was something that I like to do.

Lovely. And are there other girls on your team or is it mostly boys?

And were you nervous at all? Deciding to do it?

I'm excited. I love playing flag football. It's so fun.

That's great. So if there was another girl, your age that wanted to play a quote unquote sport, that more boys play than girls advice, would you give her?

Well, I just say just and give it your all and be, you really... Don't let anyone stop you.

I love it. I love it so much. When you first went out to your very first football game, what kind of feelings were you having inside?

I was excited and I was prepared for maybe winning or losing. First game, we had eventually lost, but I had a great time still.

And how do you prepare yourself for winning or losing?

Well, I just realized that we are having a great time and there's no need to give up. As long as you have fun, it's just what counts.

And are there any other boys on the team that say mean things to you or are they very accepting?

They're very accepting. There's not really any mean things that they say to me that I can imagine.

That's great. That's great. Are there any of your friends, your girlfriends that would like to play football and now are inspired because you do?

Well, one of my friends, her name's Addison, she plays volleyball. She actually plays a lot of sports and she hasn't played football yet. And I'm like, you should definitely play this. This is a really fun sport. And so she's looking into it, but since season's already started this year, she'll have to do it next year, but yeah, she's inspired.

And so what's next for you? Do you have other sports you want to try?

Do you feel like you're pretty athletic person and you'll stick with it for the rest of your life?

I do feel like I'm very athletic, but my mom doesn't really like it. That when I say it, because she thinks I'm bragging all the time, but I mean, I enjoy it so...

You are good at it. Right? So that's great that you say that. What does it feel like when you have sports to turn to, like, what kind of feelings does it give you? 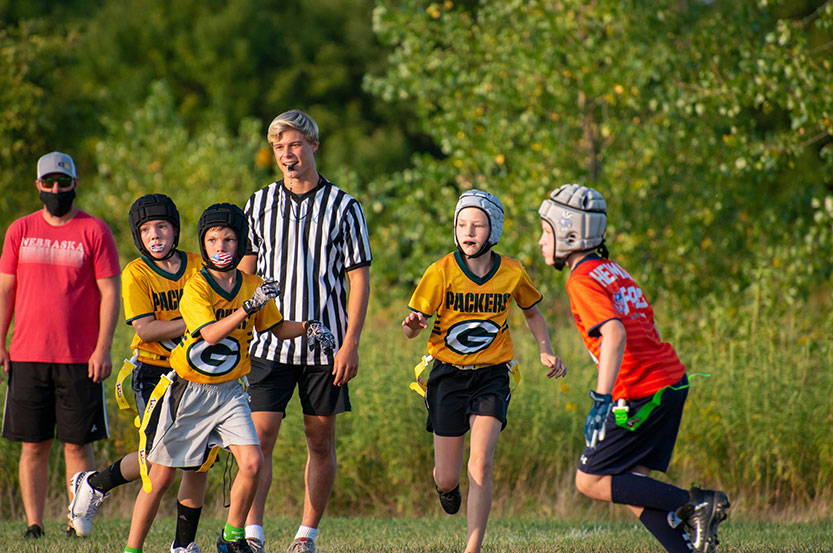 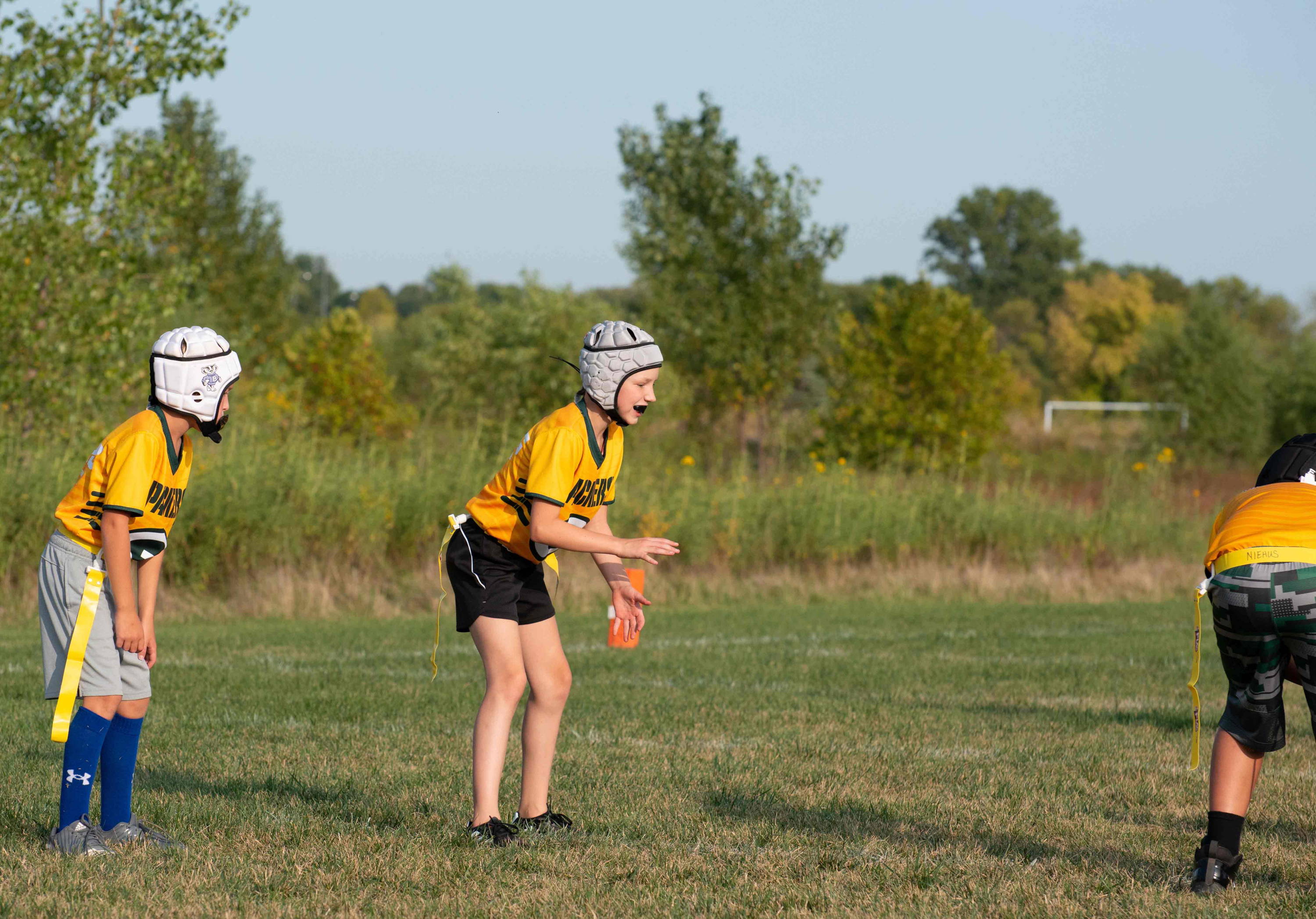 Are there any other things that you're interested that also give you that feeling of goals and success, successful feelings?

Well, I've told you this already, but I do like riding horses and I'm not really one of those people that ride horses that are like go completely as fast as they can. And I would like to do that and be good at riding horses.

Do you have a horse yourself?

My grandma has a horse and when we go over there, I spend as much time as I possibly can. And she says like, it, at least you're the only one that really loves the horse that much. And I just, I just love horses that much. And I like riding them and being with them.

And how often do you get to ride?

Well, if we go over grandma's house, we get to ride maybe once or two times a day of a trip, but I at least go over there to like feed the horse and walk the horse around and all that. So, I give the horse a lot of my attention.

I bet the horse love that.

Will you, do you think you'll do any competitions, some riding competitions or anything along those lines?

I really haven't thought about it, but I, maybe I would be interested maybe in doing it once or twice.

And I have a few other questions before we, I have my final question, but what has been your favorite book that you've read so far?

There is a graphic novel that I've read the called White Bird and I just love it. And it's by the same author as Wonder the book wonder, I'm not sure what his name is, but I just like the book a lot.

Tell me a little bit about the book, what's it about?

It's kind of, it's about the Nazis and this girl that's trying to like hide and separated from her family. She hides in this barn for like a majority of her life. And she avoids being caught by like the Nazis and the soldiers and everything.

Well, I mean, that's not a lovely premise, but that sounds like an interesting book.

It is very interesting. It's not the best book that it's not going to really cheer you up, but it's really interesting and nice to read.

I enjoy, I read graphic novels a lot. There, I think Raina is her name? Telgemeier? I'm not sure how you pronounce it, but her books, I really enjoy reading and I have like all her series. So it's really nice to read those books.

My daughter is your age as well. And she's excited for, if the, if that author and I don't know how to pronounce her name, either Rihanna, Raina. She wants her to come out with a new book because she's just a devoured all her other books.

Yeah, exactly. I at least read her all her books like twice or maybe three times because they're that good.

I know it. I love it. Do you think it's the story that you liked the most or the art or the combination of both?

I think it's the story and how it's based off her life. Cause I mean, some lives are interesting, more interesting than others and I just think her's is really interesting and cool to listen to.

It is, it is. All right. So this podcast is called GIRLBRAVE, and I'd love to hear your definition of what you feel the word brave means.

It means being yourself. Don't give up, don't be shy and make sure that you try your hardest and you're not scared of anything, you're capable and you know that you are capable of everything.

And I know the answer to this, but do you think you are brave?

Very, very much brave. Yes you are. How did you get so brave? What's the secret?

Well, I'm not sure, but there, I had one experience when I was bitten by a snake when I was at age four and I just, I freaked out. So, but I ended up getting through it. So yeah.

So what do you tell yourself in your head when you start feeling like you're getting freaked out?

You say most of the things...I'm very scared of horror movies and stuff like It or Ghost or anything like that. So I just normally tell myself it's not real. It doesn't really work out for me, but at least I have something to say and help me.

That's right. So before I let you go and thank you so much for being here, what's next for you? Like how's school going and are you, do you have any big plans for the fall or winter?

I don't really have any plans. School is going pretty good. I'm happy to be out of the house, but yeah, I don't have much plans for my future yet.

Well, you will do amazing things. You are super brave. I love your story. I love your energy and thank you so so much for being on the show today.

Thanks for joining us on the GIRLBRAVE podcast. Go to PincurlGirls.com to hear more interviews with inspiring girls. If you want to get on our daily list, go ahead and click the Encouraging Texts tab at the top. 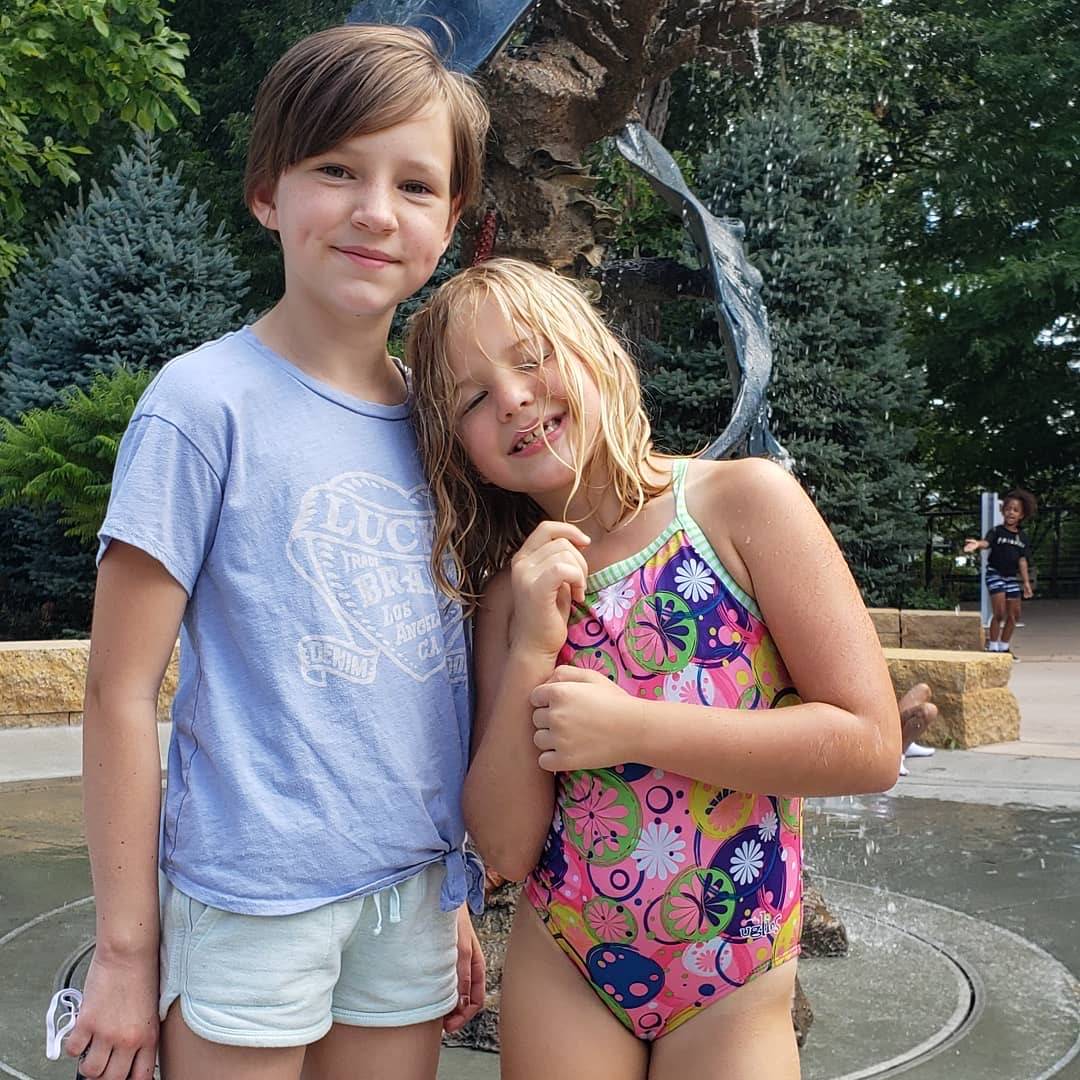